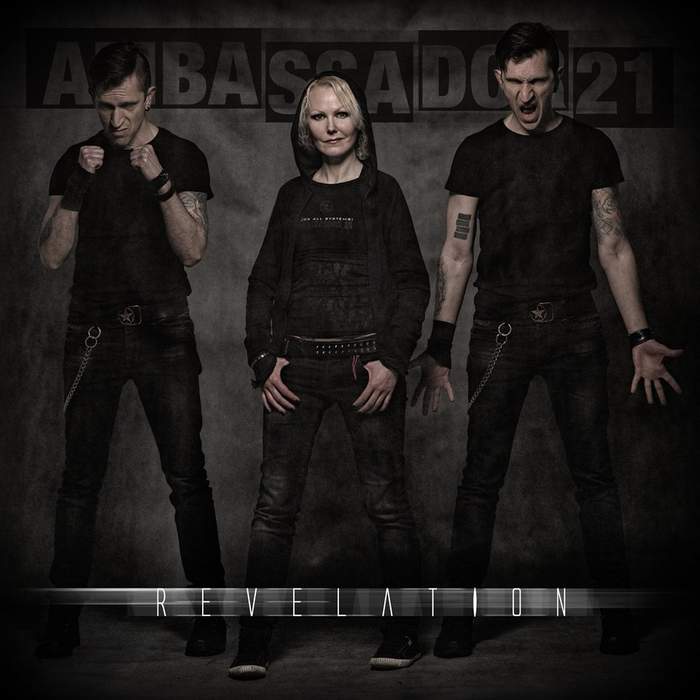 You will never be able to tame Natasha A Twentyone and Alexey Protasov. These revolutionaries have something to say, two people who never want to obey any rules, just as they say themselves: destroy all systems. And who can say they’re wrong? The Belarusian duo also wants to eradicate the music industry. Why serve a dead system anyway, when you can do everything by yourself and do it even better?

Revelation is the current digital single which is the forerunner of the brand new album Human Rage that will be released on August 1, 2016.

The main title Revelation starts with tribal beats that feel like a warning for the industrial harsh sounds that soon take over. As always the duo mixes everything in one song and that feels like a fist of energy: from power noise to straight EBM, complemented with a very own style.

Fear Level Red reminds us why we always have Alec Empire in mind when we say something about Natasha and Alexey’s music. The beats are brutal and hard, while the back ground samples are simply dramatic, even a bit Laibach-like. A strange combination, but what a combination!

Okay, we only have two songs... but these ten minutes are forcing us to beg for more!