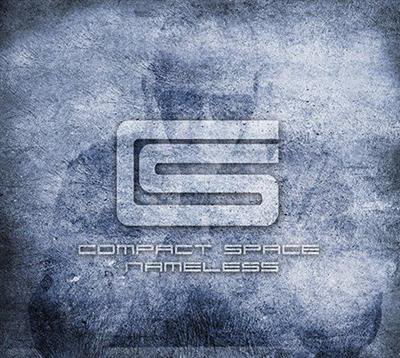 When we received this album I didn't have a clue who Compact Space were, but collegue Dennis informed me that we're dealing with a mini-supergroup as this is the project formed by one Christian Eigner.

A name that immediately rings a bell with Depeche Mode-devotees, because not only did he pen down some tracks with Gahan, he was also their drummer for many years. Also involved in Compact Space is Daryl Bamonte ,who's not only involved with the synthpop-übermeisters, but with The Cure as well.

These two well respected musicians picked up singer Florian Kraemer and Compact Space was born. It's quite clear that they chose to be a band that can stand alone. There are no stickers on the cover to draw attention to the musical past of the members and music wise it's also quite different.

If you're forcing me to come up with a musical comparison, I'd say I'd go for LCD Soundsystem or Hot Chip, because Compact Space isn't averse to some 80's-influences (just check the great "Push Push"-single), but in general they will appeal more to an indie-audience than a synthpop one.

Having said that, some tracks reminded us of what Recoil is capable of. But, with nine tracks that have an acceptable level, we can only conclude that "Nameless" has its right of existence, and that's it.

Just a bit too bland for our taste.