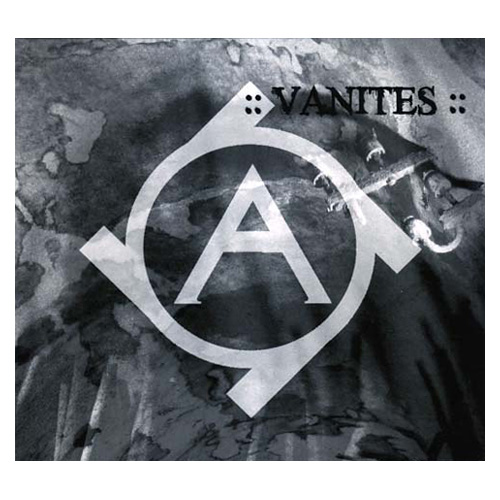 Oh yes, we definitely love to review CD's from artists there's no information about! All we know is that this is a band named Machine De Guerre ( "war weapon") and that they're from France.

Normally such releases have no chance to be reviewed but for this release we make an exception as it's an absolutely outstanding one! Even more, this is made for your imagination and revealing who's behind the keyboard would not only be irrelevant information, it also would spoil the fun!

Let's say "Vanites" is like hearing a horror soundtrack. Opening track "Nosferatu" (we know) is played with an organ that you only except to hear on some funeral while a woman in the background is screaming "I want to kill you". Well, we told you it's creepy and "Le machine infernale" too. It sounds like an industrial cold-wave song that is similar to the bizarre music of Haus Arafna.

The horror goes on with "Le corbeau" and you better be of the strong type when you decide to listen to this alone at night as this is definitely what they call frightening music!

Strange dark ambient music where a lovely female siren is calling you. The lustful body says she wants you but the noises in the background reveal that it will be your bitter end.

God, I feel more like Stephen King than a music critic but this is what you get here: a real musical adventure that gives industrial music more than an extra dimension!

To be discovered at own risk!

Same combination of genres: INDUSTRIAL + UNCLASSIFIABLE
LIBEREZ • The letter
VARIOUS ARTISTS • You Are Here: A Compilation Of LowLands Electronics