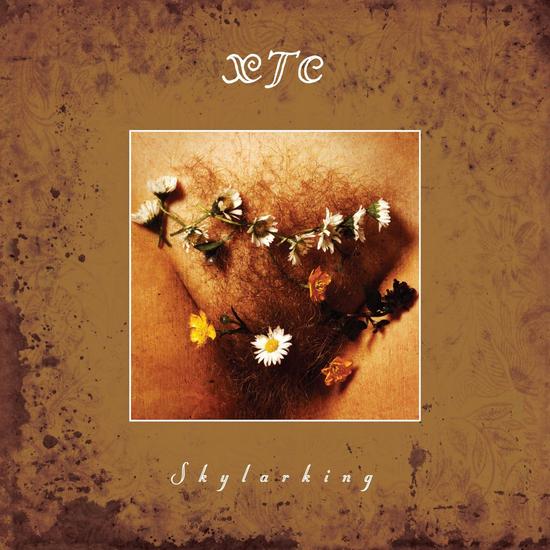 An album as it was intended to sound - how many times have artists tried to recover their treasured work successfully, only to see their previous label guff it up with dull, flat 'remasters' and a chancer's approach to packaging? Probably too many.

In the case of XTC's priceless catalogue, little justice has been done so far. Virgin remastered and expanded all of their albums some 13 years ago with a string of rather tasteful 'Japanese' vinyl replica CD issues (sounded OK) and sub-standard CD versions (no sleevenotes, I mean come ON), but this hardly did justice for what should have been a more respectful treatment of a band who have confounded and delighted in equal measure. And sold a fair few albums in their time, both here and abroad.

After the earlier multi-format extravaganza that was Nonsuch, simplicity surrounds this straightforward re-issue of XTC's pivotal Skylarking, also released through co-founder Andy Partridge's Ape imprint. Well, I say straightforward - back in 1986, recording sessions were fraught with tempers frayed, egos primed and strops stropped but the resultant album should be, to say the least, worthy of being included in the British Music Experience exhibition and music syllabus throughout the UK education system as soon as possible. In short, Skylarking is everything you could want from a band at the height of its game, and then some.

This new transfer corrects a previous sound issue whereby the entire album sounded 'thin and distant', suffering from a reversed polarity glitch that escaped mastering bods both in the UK and US but now comes spruced up by original engineer John Dent with a few simple tweaks and twists, making it sound perkier, brighter, clearer and sparkier than ever before. The original sleeve has been replaced with the intended design that was initially shunned by wavering retailers that baulked at the sight of ginger muffs peeping out from under a chain of innocent daisies.

The original life-in-one-day track order has been re-assembled to include 'controversial' single Dear God, now cleverly tucked in-between smoky lounge lothario The Man Who Sailed Around His Soul and the quietly majestic-cum-morbid Moulding composition Dying. Everything from opening pairing Summer's Cauldron and Grass to the sweeping Wicker Man-esque Sacrificial Bonfire sounds like it was recorded yesterday - timeless quality songwriting that puts most of today's tryouts to shame. Big Day is (almost) co-writer Colin Moulding's most understated observational track ever (apart from Nonsuch's Bungalow) while Partridge's chiming Earn Enough For Us is a single-that-never-was-but-should-have-been-and-if-it-was-it-would-have-been-a-fucking-big-hit-so-there.

There are so many great things going on with Skylarking - the music, the lyrical gymnastics, the production, the playful sequencing - you'd be a fool to miss out this time around. A masterpiece for all seasons.