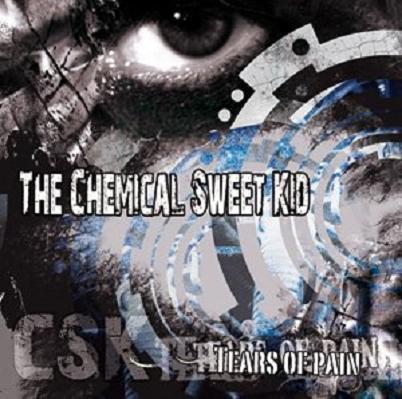 Some people are born to make some noise, that's the least you can say about Julien M as he's the sole core member of The Chemical Sweet Kid (on stage he's joined by Coralie on drums).

This musical project from France got its debut release on Advoxya and from the very first tones it's clear that they are opting for music that's described as hell-electro. Opener "Tears Of Blood" undoubtedly has the structure of a Suicide Commando song and with song titles like "Six Feet Under" or "Face To Pain" we're sure that Johan Van Roy is Lucien's hero.

You get eleven tracks (twelve if you count the remix) from a band who wants to smash some powerful tracks in your face.

It's funny and it makes you dance and yes for all those intelligent people out there: there's indeed no education value to be found here and to speak like their master: this is entertainment from hell!