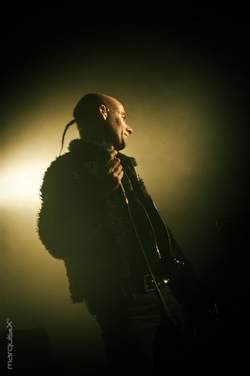 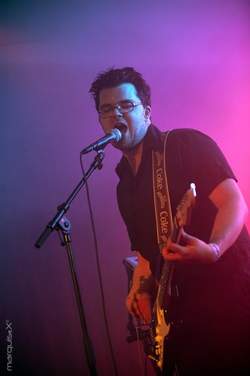 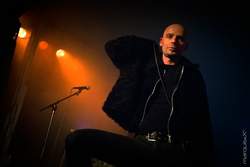 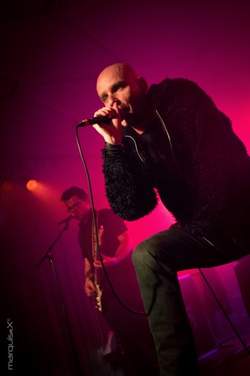 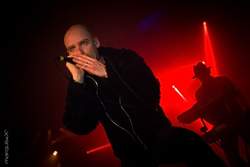 ‘The Game of Thrones’, inspired by the chaos of the Wars of Roses six hundred years ago in England, is actually still ongoing.

The Arch has delivered its fifth CD Fates, by many - including us - considered the best album of the band. We know that The Arch likes to sing about topics that dig a little deeper than the everyday pop song, so we asked asked for an explanation of the thirteen songs on the CD.

Gasoline Lady
The original title was Petroleum Lady. The song is about a girl who is hopelessly messed up. She does not know what she wants, but she wants it now, at once. Rapprochement attempts lead to irrational reactions of anger and sadness. She's as explosive as gasoline. That makes it unpalatable to her surroundings, making it all even worse. If something goes wrong, she’ll blame you, even if or just because you want to help her. The lyrics are about a specific case. Our friends are naturally very curious about who it is referring to, but we think it’s better to keep it secret.

Robot Sapiens
A reflection on politics. Leaders in society sink into corruption because they are attracted by money and power. They are unwittingly pawns of hidden agendas, devised by shady characters in their upscale salons. Moreover, it is a swamp of conflicts: political leaders can drink each other's blood just to gain more power. ‘The Game of Thrones’, inspired by the chaos of the Wars of Roses six hundred years ago in England, is actually still ongoing. The solution to all this misery obviously is delegating power to a machine: a Robot Sapiens who will take the right decisions, objectively, immune to power games, free of nepotism, not to entice with gifts of all kinds, etc. But, this may again adhere unprecedented risks.

Fates
An eternity ago, a magician acquires a box without lock: he can’t open it. He obviously wants to know what's in there. After much searching, he finds a spell in Sanskrit. He recites the spell and the lid of the box unlocks. There are three identical wooden dolls of girl figures. As the casket is opened, the triplets come to life. They begin to grow and emerge as girls of unparalleled beauty. They hang together like clay, and if someone wants to give to one of these three something, then the other two must have it too. Otherwise, the balance between the sisters would be upset. If one of them looks you in the eye, the other two will do the same. It is exhausting for someone who wants to make love to one of them. They evolve into the Fates spinning the lives of everyone. The end of the song is a prayer in honor of the three Fates.

Spear of Destiny
A specific story. The song is about Kirk Brandon, singer of Spear of Destiny. We once opened up for The Spear of Destiny and got acquainted with that band backstage. Kirk Brandon told us about his life and the massive misery he was going through: illness, surgeries and being bedridden endlessly. He showed us the scars of those operations. He seemed to be affected by the Spear of Destiny himself. But during the show he turned out to be a fantastic performer with masses of energy, raised from the dead. Actually, we should send the Fates CD to him. The song is about him, but he does not know it yet.

Monsters and I
A nightmare text, written by Pia. A gothic soundtrack. Because of the chromatic chord transitions, we got the idea to present the song to Ronny Moorings, the singer of Clan of Xymox, for whom we have opened time and again. Because chromatic chord progressions are one of the trademarks of Clan Of Xymox. Thus, we have the honor to hear Ronny's voice on our CD.

Dirty William
Somewhere in the eighties, we landed in a bar during the morning. On the counter was a man with a gold chain, already completely drunk. He was loudly annoying everyone with his drunk babbling and particularly targeted us. ‘Ozim’ was a curse to be rid of him.

Eyes Wide Open
A text written by our manager Luo De Buyser. You're in the hospital for an endless sleepless night filled with pain with wide open eyes staring into a deep darkness that symbolizes the future. So you begin to see all kinds of visions. It’s a song we like to play live because of the high pitched vocals.

Immerzu
This song originated from a blues jam by Ivan, in a ¾ rhythm. Ivan added a text of a poem posted by a friend of his: Pia. She wrote the German text. A maverick with which we now open our performances.

One by one
A song about how shame and love go hand in hand: it all could have been so much better if this and that would have been different, on our lovers heart. But chances are wasted and she will not come back. Unfortunately, there is no rewind button in our lives. It’s a shame for the damage. Anyway, anytime.

Brain Duck
A very old song that appeared on ‘In Sofa’. We continue to play it live, and the track was resuscitated by Chiffon's Tale who added a new chorus.

Empty Garden
A melancholic song with a significant vocal contribution Chiffon's Tale. It's about an empty, walled garden in a narrow valley. The walls around the garden are mirrors in which you can see your garden, but not yourself. Are you in there, are you out there? A song that we play live very much.

Deaf and Blind
For years, the queen fruitlessly seeks an orgasm in the blue-blooded circles. The king is still the worst of all, his lovemaking is seen to be as fascinating as watching grass grow. In desperation, she does something unheard of: she degrades herself to making love with a man of the people. The result is the long awaited clattering orgasm wherein sight and hearing perish. Literally: her body is completely blocking. Her Majesty is deaf, blind and paralyzed. Her body is a dreary prison for the sole pleasure, the memory of that one time, that red bloody explosion of pleasure.

Frozen Jungle
A mother visits the grave of her only child at night. She feels in a tropical jungle of feelings, a jungle that has been frozen. The bouncer of the CD with an ethereal chord progression.

ARNWALD • The main sources of inspiration are my hate, my pain and my own fears
SPARK! • 'Direct' and for real!
THE MISSION • I think I am The Mission’s strongest weapon, but also it’s weakest link.
SATANISMO CALIBRO 9 • I can't understand the so called digital releases.
GRAUSAME TOCHTER • The more you think you know an artist, the more you have to learn about him
MESH • We pour our heart and soul into everything we do but its the listeners reaction that makes it.
REUTOFF • Music for us is the main way to understand the world and to manifest ourselves in it
STOPPENBERG • I am not in danger, I am the danger.
HANTE • Music is a companion. You can choose the soundtrack of your life! It can change your emotions or comfort you like a friend.
VIRGIN IN VEIL • With those covers, we wanted to make people ask themselves why they are more shocked by seeing tits, cunts or cocks than seeing images of war and messages of hate

Other reviews from THE ARCH
THE ARCH • Living healthy can be pretty stressful
THE ARCH • We feel comfortable on the dark planet under the gothic sky.
THE ARCH • In all those years we had lots of good times when we played gigs all over Europe.
THE ARCH • Yes, we are ambitious, we have to be. Otherwise there is no point continuing.
THE ARCH • Evolution doesn’t mean getting rid of our old stuff, but taking the best of the past with us, to create new and better songs.