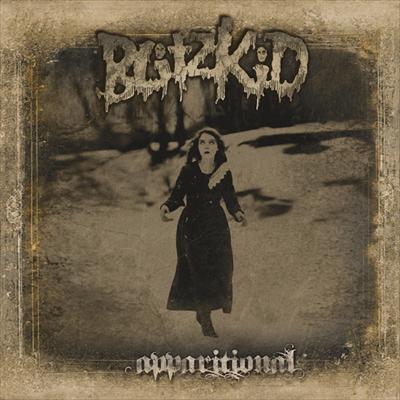 Blitzkid are a US horror punk band who have been around for more than ten years now. The horror theme is mainly visual because the music itself seems to be a cross between melodic punkrock songs like Pennywise or Green Day and plain old Oi! punk.

Lyrically it stays true to the horror theme, with song titles like Mr Sardonicus or Mr Gore which I doubt is a song about Al Gore... Also Bat Whispers, Blutsanger, Jane Doe and She Won't Stop Bleeding give you a clear idea of what to expect. It's all very effective and great for a drunken blowout party, but the catchy Green Day percentage is a bit too high for my liking. As for being drunk, hordes of younsters singing along with them might sound like fun to some, but I'll stay clear of that. Hey, even if I was a hobbit I'd be grown up now!

Still there's some good melodic punkrock to be found, especially "Wretched" and "Morality Veins" which are good songs. I guess it's an allright band but they lack some originality. But I'm sure they are good fun!