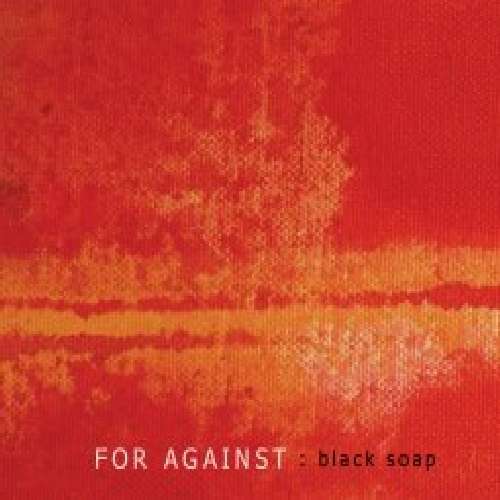 This world contains some mysteries we will never solve. As Peek-A-Boo is all about music we won’t bother about the secrets from some flying saucers but perhaps we can ask ourselves : why are some bands not world famous?

The list is pretty endless, but you can be sure that the American trio For Against are among them. Their wave-pop (how else would we describe it?) is the sort of 80’s guitar-pop that is affected by the greatest bands you can think of, from Echo And The Bunnymen or The Chameleons, to sum up a few.

The American label Words On Music released their now difficult to find albums early last year and now they’re coming up with a new series of EP’s that feature unreleased material from these wave-pop darlings.

On “Black Soap” you can find three tracks. Opener “Black Soap” is the first For Against-song ever written and of course you can hear that sound which has been inspired by that famous Mancunian band who once released “Unknown pleasures”.

Second track “Black good Friday” hosts that typical 80’s wavesound which we tend to compare with Sad Lover & The Giants, or perhaps to say it more directly: the typical For Against sound!

Finishing track is a sort clubremix (well, some sort of) from “Amen Yves” which many music fans seem to see as one of the best For Against-tracks ever, and right they are!

Of course if you’re unfamiliar with their music we think there are better ways than purchasing this EP (buy a whole album we say!) but for the fans, this is a truly gem!