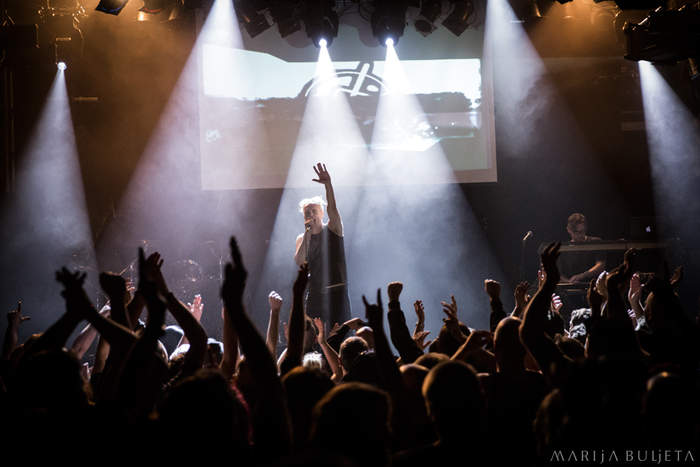 London was one of the cities on the Front Line Assembly European tour. This 24 August I had the opportunity to see FLA for the fourth time and, based on my previous experience, I expected a brilliant show. I came a bit early, listened a bit to the sound check and chatted with a few friends.

Although FLA went on this tour as a three member band, which meant electronic all the way, there was a guitar based support act, and that surprised me. I can't say I remember much about Der Rest, apart from the fact that they were really loud and sounded like alternative rock.
Since Infest was starting the day after, I expected fewer people but the show had good attendance, which only showed that nothing could divert the FLA fans, and there were many of those indeed. I was also curious about the set list, which I already predicted to be all electronic sound oriented.
I was right: it was Rhys on synths and all the buttons, switches and cables you can probably imagine. I don't know what they're for but he sure knows since he's the master of making good sounds when he uses them. There was Bill with his familiar voice and gestures and Jason on drums, who was occasionally supported by Bill's and Rhys's drumming.

Although the venue is rather big, the band immediately created an intimate atmosphere which lasted for the entire evening. After “The Chair” as an intro, they hit us heavily with “Resist”. FLA demonstrated their power on stage; Jason was accompanied by Bill and Rhys on drums, before Bill took the microphone and Rhys returned to his electronic gear. They continued in the same up beat tempo with “Killing Grounds”, which instantly reminded me why I loved Echogenetic so much. They returned to their 90s material with “Neologic Spasm”. Just when I thought their set list couldn't be better, they played “Blood”, another of my favourites from Echogenetic. You wouldn't be able to tag “emotional” to FLA, but they really went in that direction with this one.

There were a few surprises this evening and “Plasticity” was the first one for me. I am really a big fan of the song and to hear so many cleverly chosen numbers one after another felt great. I felt privileged, like I was just listening to my favourite FLA playlist. After returning to Echogenetic with “Exhale”, another surprise came. I don't remember hearing Civilization material played on any of the previous shows I visited, so hearing “Vanished” was really quite a surprise. I remember listening to Civilization on repeat for days when it was released and I thought it was a great album.
The next surprise came right after. It was “Remorse” from Tactical Neural Implant. I really like the stripped electronic sound of the album and this track is the perfect example. It surely wasn't chosen for the set list by chance. If going back to basics is the new direction FLA is taking, it will be very interesting to hear the new material. They obviously wanted to send us a message that night.

I remember Bill's question on Facebook. Before the tour he asked us to choose between “Prophecy” and “Deadened” and I voted, like so many of us. However, the band made everyone happy by playing both. They left the stage after “Prophecy” only to return shortly after. They had to, of course. The London audience greeted them back warmly and two more songs from Tactical were played: “Gun” and “Mindphaser”, which became a must. It doesn’t matter how many times I've heard the song, it's one of those hits you can never get tired of, somewhat like New Order's Blue Monday. But the last and the most (and now excuse me for using the word I generally try to avoid, but can't think of a better one) AWESOME surprise was left for the very end; their second encore. I can't describe the atmosphere before or after it was played and it gave me goosebumps. They played “Iceolate”! Why did they choose to play it this time? It might have to do with the sentimental reasons and all the beautiful memories which will forever connect them to London. Bill thanked the lovely people and friends from this city, and I assume I know a small part of the story they kindly shared with us this evening. 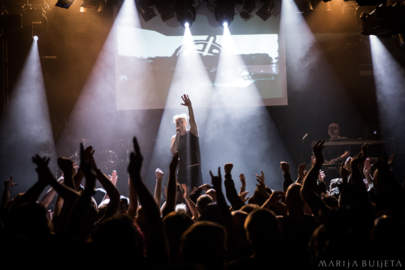 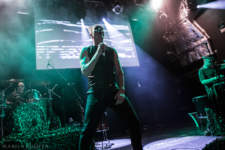