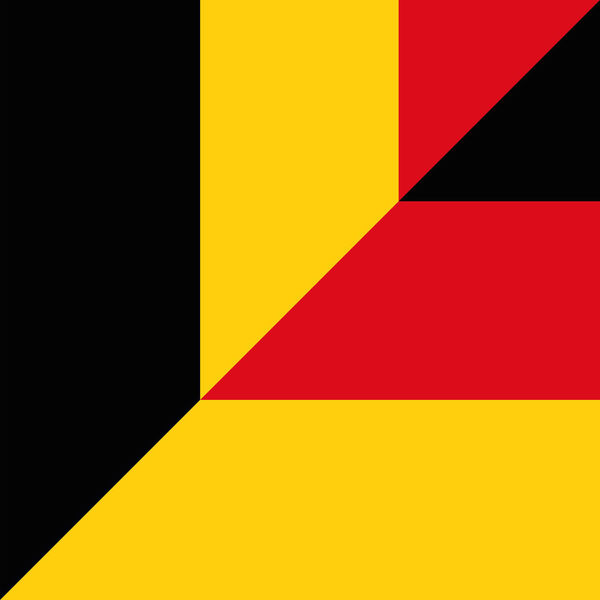 Following on from the band's successful 2015 double-album Stranger Than You and the low-key In Mutation compilation from last year, Brussels dark-wave post-punkers The Names have opted to celebrate their new-found confidence and inner fire with an engaging live album. Founders Michel Sordinia and Marc Deprez still provide the rigid foundations for the songs with impassioned vocals and melodic guitars respectively, while relative newbies Loddewyckx, Lesceux and Aerschot glue the performances together. It certainly makes sense to translate these experiences into a physical format.

Dressed in a striking and very European sleeve and drawn from recent concerts, German Nights starts with footsteps taking the listener to the gig itself and the perennial live favourite Discovery kicking things off. These days, The Names don't rush towards the end of a song in haste - they expand on old ideas with new arrangements (and new band-members) making this opening track from 1982's benchmark Swimming album sounding as contemporary as it was 35 years ago.

No one rendition is better than the next but The Fire and Shanghai Gesture both exude a certain powerful aura, This Is Harmony canters along with stately gloom and the newer Boy With a Gun might just be a set favourite for a while to come with its brutal insistent drums and provocative lyrics.

Not surprisingly, important singles Nightshift and Calcutta are wheeled out with the former now mercifully spared the soft-shoe arrangement of late, while a cover of Velvet Underground's What Goes On points casual onlookers towards the one of the sources of the band's lineage.