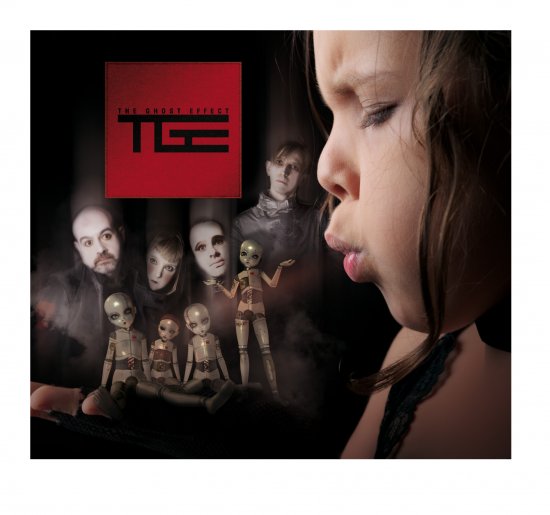 From time to time it seems like the list of great bands is an endless one.
Of course we’d be rather stupid if we would ever start complaining about this, but throughout the many crap that’s been delivered on a daily base, we pick up what we would call unknown pearls that deserve your musical attention.
No need to tell that we have a soft spot here at the Peek-A-Boo office for everything that has an authentic gothsound. Today it might be quite difficult to find bands like this, so we were more than happy to see the cd by The Ghost Effect coming our way.

They're named as such because in the end we are all ghosts, a pale memory of ourselves lost forever in front of our TV sets like the photographic effect of the XIX century.
These words are theirs, not ours but who can blame them by saying it's not the truth?
But we agree, you're here to hear about music and not about some philosophical nonsense you know for years.

The main attraction of The Ghost Effect is certainly Laura's voice which is by times so similar to Siouxsie Sioux it becomes kind of creepy. Anyone who is gifted with a voice like hers, would expect her to do some Banshees-like stuff but even if the influences are there, this Italian band from Turin is more like a gothband that uses coldwave-guitars.
Skeletal Family meets The Fields Of The Nephilim and The Cure?
You laugh? I know we might be exaggerating but still The Ghost Effect sound like that and that's one of the reason why we think "TGE" is recommended.