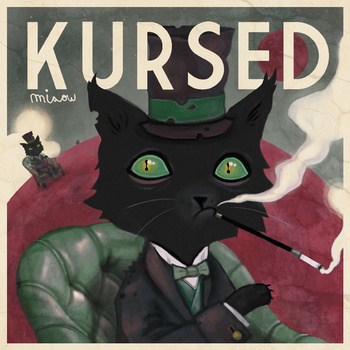 Miaow, what a nice cd, grrr, want more I could symple keep it as opener, lolz!

It's nice and French: another jewel nicely polished. Love the opening song 'Tsa Tsa Tsu' (however I first thoughtt it was called my tatu girl).

They describe themselves as a mix between Black Keys and Arctic Monkey's, but after listening to the second song 'Pirate song' I would definitly call in The Levellers too (this one could even be one of their songs).

On 'Tarantino' I can hear some influence by Triggerfinger. Nice Indierock, like a real mutherfucking Movie Star! This rocks and the quality of the package is really like as if the already named stars joined forces.

I also got triggered by 'Rock & Roll Doll', so sharp and nice! Love the voice and the guitars (sounds oh so Triggerfinger. In the end: I think both should have a meet & greet and learn from each other.

I'm pretty sure that if that Triggerfinger made a first album like this one: getting recognition would have come from this one!

So this one will be for sure in my car for long time (and yes: it's already on my MP3)! Send me a mail when you come to my country and I'll try to be there!