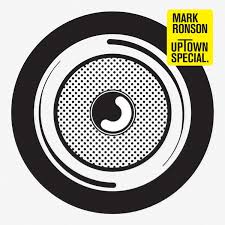 Admirably a total music-head, Ronson's earlier efforts oozed a certain charm and level of cool. However, after discharging questionable covers of indie-pop classics originally written by the likes of Kaiser Chiefs, The Zutons and The Jam on the album Version and returning to songwriting for his last rather patchy full-length set Record Collection, the snappy-dressing producer lost his credibility with 'the kids'.

Album four is something of an improvement and makes use of some talent you'd otherwise see performing with the sort of bands 'the kids' love. Tame Impala's Kevin Parker turns out to be the star of the show on Uptown Special - his boyish vocals grace two understated gems in Daffodils and Summer's Breaking - while Miike Snow's Andrew Wyatt delivers a soulful lyric on Crack In The Pearl. Oh yeah, there's some bloke called Stevie Wonder doing his harmonica thing on the bookending tracks, Uptown's First Finale and the reprise of Crack In The Pearl. Of course there's Uptown Funk to steer past and a few duds here and there but overall Ronson's lighter (sorry) approach has, for the most part, provided a decent, if unspectacular, experience.