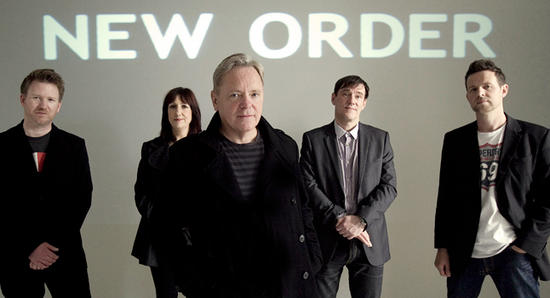 Finally after a month's worth of airplay, the lead-off single from the highly-acclaimed Music Complete appears in physical formats. The CD single (with limited slipcase to store subsequent singles) features six mixes of Restless while the emerald green vinyl 12" houses just three. The Gareth Jones extended version (both formats) adds little in the way of a remix, more a restructure and additional instrumental passages that emulates the album version, while the Andrew Weatherall mix builds and builds without really doing much, other than pulsate ominously and produce a nagging groove that mirrors some of drummer Stephen Morris' own remix work from recent years - motorik and insistent, it's damned good. The other versions play to the strengths of technology with xxxy being the most adventurous in the beats department.