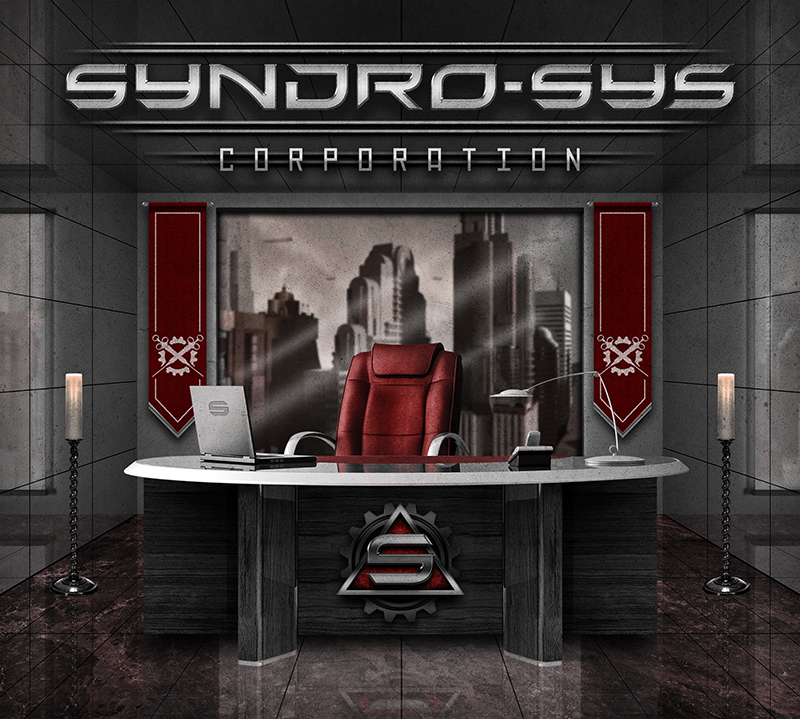 Syndro-SyS is an electro metal band, founded in 2013. A mixture of metal, electro and classical influences create an interesting sound experience, crowned by the female voice of Jessy Christ.

After having released their first two Singles Mud And Blood and My Bad Faith, the French trio just published its debut album Corporation as a digital and a digipack version in the fall of 2015.

Corporation comes as an 8-tracks edition that offers a huge spectrum of everything: epic melodic metal like the intro or Corporation Lessen, electronic excursions with songs like New Reign and rock compositions such as Mud And Blood or Cobaye. But no song remains just within one of these genres; they all are a brilliant unity of sound.

Syndro-SyS is surely an insider’s tip and it would be interesting to see what comes after Corporation!