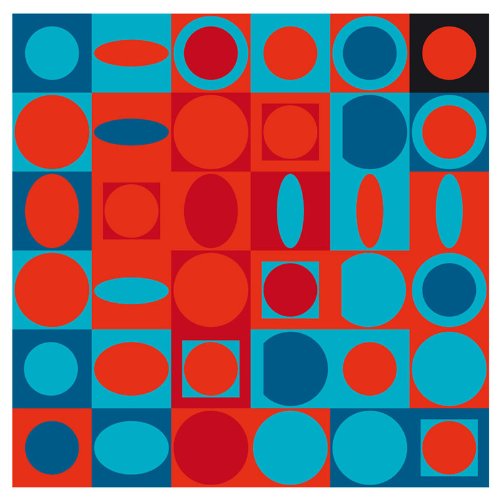 One read of the extensive liner-notes for this re-packaged re-formatted compilation album suggests that Belgium's musical contribution was stifled by stereotypes (the Singing Nun) and a propensity to churn out Eurovision fodder for kicks - and they'd be right, until punk and post-punk steamed into earshot, that is. But Belgium didn't embrace the tartan bumflaps and studded jackets to the extent the UK and the US did, saving its DIY creativity until later on in the '70s with albums like this one, originally issued in 1981.

This new vinyl edition gathers the original 10 B9 acts such as Kid Montana (who later signed to rivals Crepuscule and issued two sleek electro-pop albums), the inventive Polyphonic Size and widely-ignored but loveable Digital Dance and shares the improved gatefold-sleeved environs with the familiar electronic brutality of Front 242, Siglo xx and Neon Judgement.

Crepuscule heads will recognize a few other names on the second disc - The Names with their sprightly early take on cold-wave, Spectators Of Life, Marine's frenetic sax-filled chugger Life In Reverse, their later incarnation Allez Allez and Isolation Ward's Lamina Christus, plus a swathe of high-end tracks to top things up. Anyone who labels Belgium as boring needs a shot in the ear with this top album.

The sleeve is an eye-catching work of art, the attention to detail typically high and the music is a really varied bag of goodies that proves to be a surprisingly timeless assortment. For sheer off-the-wall electronica that would shame a hipster twat at fifty paces, head to Pseudo Code's quirky Around Midnight.