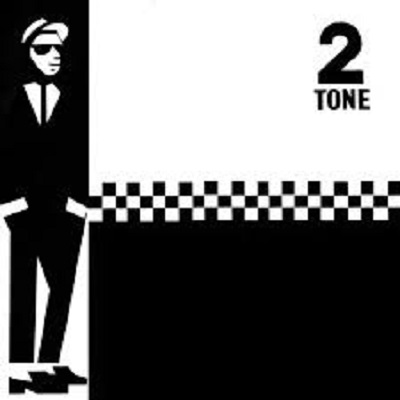 A BRIEF HISTORY OF: THE SPECIALS, SKA AND TWO TONE

There is proof that music can break down barriers instead of building them. When a country is divided, when it is rejecting its multicultural society, a reminder is needed of how those migrant settlers invested into the life blood of a country when it was crying out to understand itself. Looking to the causation and result hits best across the airwaves. The art that was created to mirror the concrete wastelands, within the fear and uncertainty music was the catalyst. It was the forging of different race, after all, when allowed music transcends.

Music can also raise two fingers, but here, instead they were raised in defiance, used to extinguish the flame on the fuse burning towards that powder keg of a racial tension which engulfed Britain in the mid 1970s. Feelings needed to be displayed which standard rock music of the day could not convey or is not built on the foundations of, as songs of perfect love and perfect heartbreak ruled the airwaves, the youth needed to stand up for itself.

That frustrated youth inspired social upheaval found a voice in punk, the dole-queue generation found messiahs and spokesmen and women in a very simplistic and direct style of music. The voice of Jamaica was already ringing in people’s ears with the popularity of Bob Marley, his powerful lyrics and very interpretable style influenced even the old guard of rockers such as Eric Clapton to cover his music, so the warm breeze was already starting to blow in Europe’s direction.

The music known as SKA originated in Jamaica,
combining elements of Caribbean-mento and calypso with an injection of American jazz with rhythm and blues, a precursor to reggae and rocksteady. In musical terms it took the sounds that were carried across oceans and melted them into their own approach to music, similar to the birth of rock and roll in the 1950s America.

In turn the Ska format got carried through those immigrants from Jamaica arriving to British shores and joined the mod English Boy. Fusing both inherent styles they created a music wholly unique, perhaps one of the most defining music forms of the twentieth century and one whose origins are the result of social unrest.

The phrase ‘Two Tone’ came directly from The Specials keyboard player Jerry Dammers who formed the label with the assistance of Horace Panter and graphic designer John Sims who created the iconic Walt Jabsco logoto represent the two-tone genre. It was here The Specials ,or as they can be known The Specials AKA came to the fore. Founded in Coventry in 1977 by the aforementioned Dammers along with vocalist Terry Hall(replacing Tim Strickland), bassist Horace Panter, guitarist Lynval Golding and drummer Silverton Hutchinson. The band started life as the Automatics, then the Coventry Automatics, a year later at the same time as the 1978 Rock Against Racism event and concert the band were finally named The Specials after the extra added members of vocalist Neville Staple and guitarist Roddy Radiation.

It is no coincidence that it took the stand by the fresh punk bands of the day at the Rock Against Racism to finally launch the band in its own right, it was the core of the bands belief, the sight of the 100,000 marching from Trafalgar Square to London’s East End was the final inspiration for Jerry Dammers and the direction this new band would take. The first album released in the summer of 1979 and simply titled ‘The Specials’ is a result of nurture, a sound created which took elements from its surroundings, a ‘Velvet Underground And Nico’ moment, but in The Specials case it was one finest produced records of the 70s.

Often criticized, the production was handled by Elvis Costello, already making a name for himself as a recording artist the smoothness and steady flow of the album was seen at the time to have been a downside. A sound too polished did not suit the punk records of the day, but what the critics failed to realize is this was not just a punk record, this was something far different, an idea which had been attempted before by UK bands and had failed. The added sound from the horn players, Dick Cuthell and Rico Rodrigue let waves of Caribbean bliss slip across the record, distancing it more so from the music of the day but offering an alternative of sorts, a fresh approach, the world needed this, the British public needed it.
That public however were well aware of the bands brilliance, the first single unleashed ‘A Message To You Rudi’ reaches number-ten(UK) at the same time, their second release from the ep ‘Too Much Too Young’ hit the number one spot on the UK singles chart.

As the colorful 80s dawned, the checked black and white of The Specials stood out,
wedged between punk and new wave the fact the band survived is a testament to the public's embrace of not just the music but the idealism and acceptance of what ‘two-tone’ stood ultimately stood for.