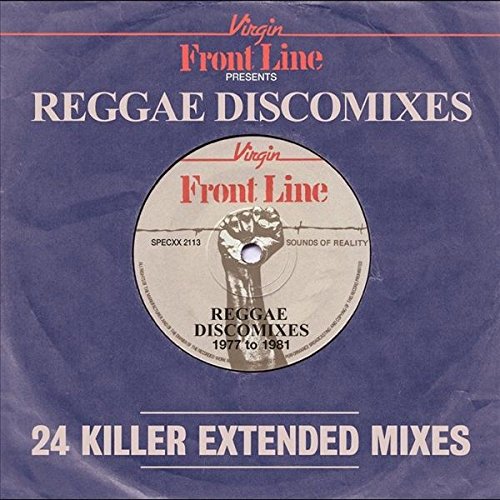 And the reggae compilations keep on coming from the Front Line vaults (and Island - see separate review here) with this concise double CD round-up of the label's most impressive extended mixes. For me, Virgin's skanking offshoot was the UK's superior reggae imprint of the 20th century, with possibly On-u Sound a close second.

Sure, Island had the big boys and hard players all signed up but the depth of Front Line's output is hard to argue against. Their roster had an earthy honesty throughout and despite not gracing our then rather dull radio too often, save for the odd Peel appearance, there is much to savour here.

The most familiar names rub shoulders with one-offs and newbies like one big family and you'd swear that most of the discomixes here might have been hits in another life. Dr Alimantado's Find The One, U Brown's tuffest River John Mountain and I Roy's basement banger Fire in a Wire resonate like little Caribbean earthquakes, bass-lines on a seismic scale, social roots newsflashes and stories of a bygone age that isn't so bygone in 2015.

For some light relief head to the gorgeous Cairo, performed here by Joyella Blade but later covered by tropical popsters Amazulu and Bananarama - Blade's version is the ultimate and here is presented in unreleased glued-together form. There's also the rare 12" version of Gregory Isaac's inimitably smooth and soulful Permanent Lover and, perhaps one of Front Line's most cruelly ignored crooners Delroy Washington delivering You Know I Want To Be.

No duff tracks, perhaps a couple that don't quite rank and skank with the best of them but whatever, Reggae Discomixes is tuffer than tuff.