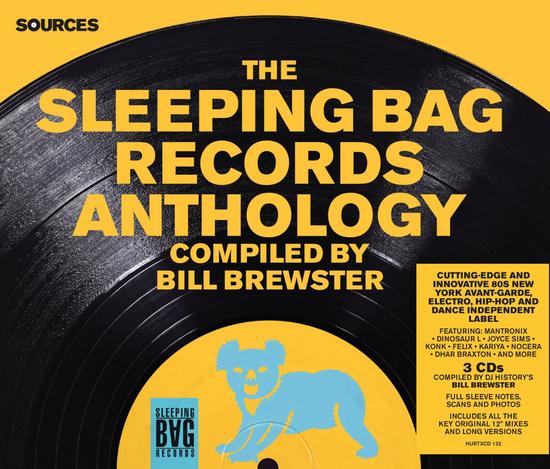 Mr and Mrs Harmless, with your superbly-packaged hip-hop and soul anthologies, you are really spoiling us. This is the second such compilation in two weeks, following on from the excellent Sam collection and the not-too-dissimilar Fresh Records Anthology a while back.

Like the Fresh set, there are a few more Mantronix tracks to savour on this round-up of Will Socolov's koala-tagged imprint. Founded when Will bankrolled Arthur Russell's quirky disco project Loose Joints in the early '80s, Sleeping Bag has been responsible for many landmark 12" singles and the occasionally influential long-player. Early releases kept the likes of Larry Levan and Francois K in beer-tokens, before launching the careers of Mantronix, Joyce Sims, Cash Money and Marvelous and, of course, Arthur Russell (there are two of his Dinosaur L bangers included here).

Lesser-known gems include Too Badd's verbose Cumin' Up, Ann Marie's hip-house bouncer With Or Without You, Konk's brassy Your Life and the rave-era classic Let Me Love You For Tonight by Kariya, a Hacienda staple in its day. Dhar Braxton's Jump Back and Bonzo Goes To Washington's politically-charged 5 Minutes are as different as chalk and electro cheese but highlight how inventive and unafraid Sleeping Bag were prepared to be.

There were a few duds in the roster but the Mantronix, Sims and Russell works glued the catalogue together with considerable aplomb.