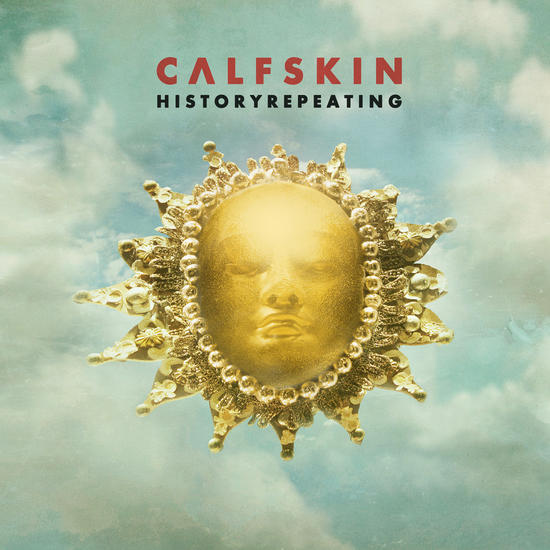 This guy already surprised me with his single The Cross: a soft mellow synth song with lots of 80’s influences, and he continues with the same ingredients on this album. Konstantin kicks off with Got To Move in which a ticking clock launches the track into a strong synthpop song, an up-tempo chorus will directly bring you into a soft happy electronic poppy mood. On Leave Me Alone you hear that Calfskin is heavily influenced by early Depeche Mode tunes, although he still manages to give it his own modern touch.

Never Gonna Walk Alone carries you away into a gloomy synth ballad, while Look At Me continues with more emotional driven electro pop. Konstantin brings us very nice catchy songs, with tunes and rhythms that stick in your head.

My personal favorite on this album is Free: slowly build up, soft piano tunes that change into a fantastic catchy futurepop song. This CD really has some potential, mellow tracks, up-tempo songs, beautiful rhythmic tunes and even nice danceable synth loops.

Sometimes I hear some big influences of a band like Wolfsheim, or early OMD, and lots of synths sounds of the 80’s, but this stays really good electro pop from Belgium, and hopefully Konstantin can get the attention he deserves with this album.

Other reviews from CALFSKIN
CALFSKIN • The Cross