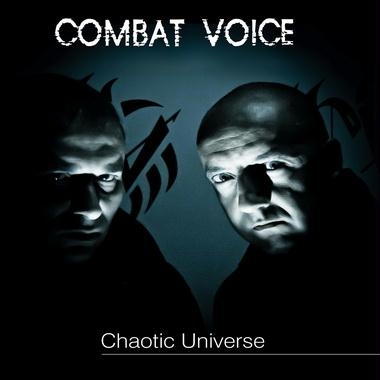 Combat Voice are [Richard G. / Bernard F.] and their new album, “Chaotic Universe” was recorded, mixed and mastered at CV Studio (Belgium) in 2012. Their inspired mix of EBM, Cold Wave, Industrial and Gothic results in no less than 12 great songs. My personal favorites? “The Red Line” [a guaranteed adrenaline fix], “Absolute Mind Control” [another EKP grenade dealing massive damage!] and “No Return Area” [no comment].

Combat Voice are a class act and we can only hope they will get the attention they deserve! We wish them all the best with their kickass “Chaotic Universe”, to be played at DEVASTATION-volume! The time for Chaos is now and Damage will be done … COMBAT VOICE: RESPECT!