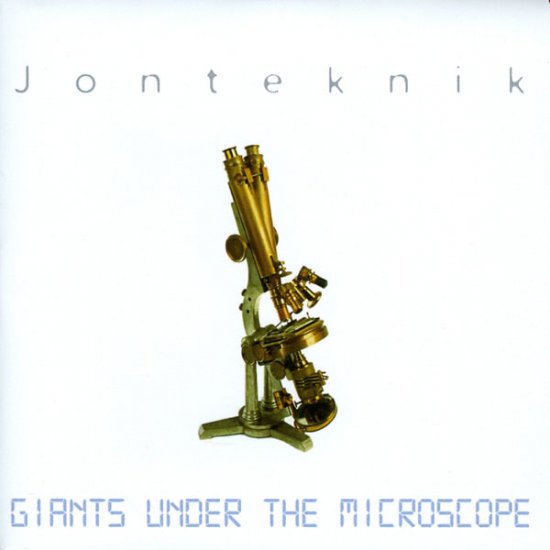 Giants Under The Microscope

JONTEKNIK is the one-man project of English synthpophead Jon Russell. He has worked with big names such as Claudia Brücken (Propaganda) and Paul Humphreys (OMD) on their Onetwo project, and here he presents his new album Giants Under The Microscope.

The album contains 12 little instrumental synthpoppearls, think early OMD or the obvious Kraftwerk, but mister Russell gives all his tracks a personal touch, making it more than just a copy of his heroes. What I really loved the most is the tristesse in songs like Thule and the nostalgic feel in tracks such as Manoeuvres or Unst.

I think it’s quite difficult to make an instrumental album without getting bored after 3 or 4 tracks. But Jon Russell avoids that trap with ease. It’s a great mix of slower pieces and more uptempo tracks, and that makes the album one nice trip through synthpopland. Very cool album!

Next reviews
TRAKKTOR • Halo Of Lies
KANT KINO • Father Worked In Industry
C.DB.SN • ...at the end of it all
VOMITO NEGRO • Fall Of An Empire
HITHERSIDE • EP
DAVID FONSECA • Seasons: falling
CLAN OF XYMOX • Kindred Spirits
RADICAL G • Sinner EP
UNITED AND IDENTIFIED • At the border of the line
(((S))) • The moon is my sun