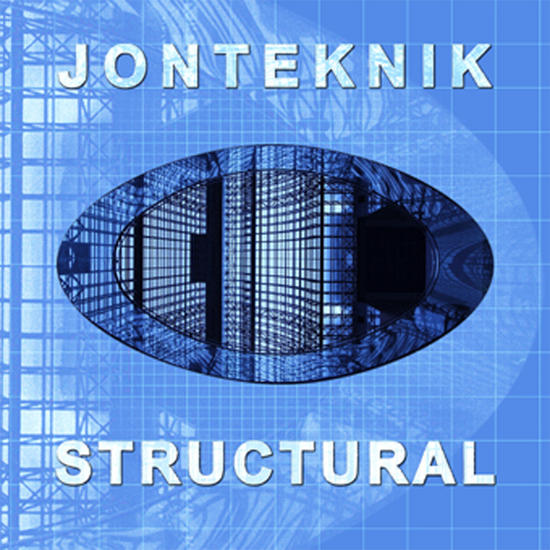 I am following Jon Russell's project JONTEKNIK for about 3-4 years already, I think, and so far it was an excellent ride. I really loved the abums he made so far - his last album The Satellites Of Substance is a little mastepiece in my opinion - and I was curious if his new album would be at least equally good or - if possible - even better. In the review of Satellites, I said it was going to be a real challenge for him to do better than that. And I have to say, he succeeded with Structural. It's again a great album full of catchy electropop tunes that will score well in the vocoder charts.

Of course you will hear Kraftwerk here and there again, but in my opinion mister Russell is more and more finding his own sound. He also presents us Malte Steiner from Das Kombinat on the track Fernsehturm, without a doubt my favourite on the album, an up-tempo synthpop track with some vocoders and Matle Steiners' German lyrics that make this track even stronger. Another nice discovery was Martin Philip from Native Cry, who is doing the vocals on The Bridge. If there is something like synthpop vocals,well he has them. I've listened to the abum about 20 times now and it's still as great as during the first listening, that means it's a fantasic abum. But is eveything superduper on this album? Hmm, no... I still don't get Ruin Lust. A nice little and beautiful short piece at the end of the album, a bit out of tune compared to the other tracks. But for the rest : Hammer!