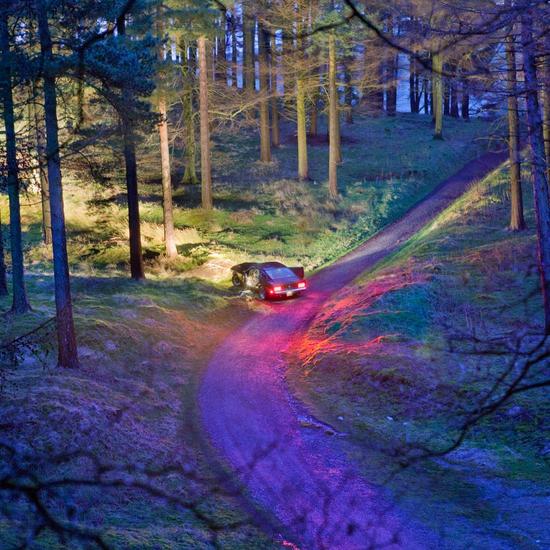 After garnering a modicum of acclaim and adoration with their self-titled debut album in 2013, Drenge have rightly expanded on that formula with follow-up Undertow. The irascible earthy lyrics remain but musically the siblings have opted to crank things up, slow things down and run things better.

After the decidedly gothic opening instrumental - Introduction has an element of Robin Guthrie about it - Running Wild swaggers into earshot with a beating heart pumped full of the blood of Bleach-period Nirvana and latter-day Royal Blood. This blueprint shapes much of Undertow - rousing anthems aplenty, I'm reminded of The Cult on Never Awake while We Can Do What We Want mirrors Foo Fighters if they'd bumped into Nightingales on the way over to the studio. We're talking straight-up 'rawk' riffs delivered without too much smoothing over or studio trickery though still very British to the core, a perfect balance.

After repeated plays of Side By Side and Favourite Son, there's no doubting the effect these songs will have on a live audience - Drenge are known for amping shit up - but it's the breadth of material right across Undertow that will almost certainly set them up with a regular string of tour-dates. The closing Have You Forgotten My Name treads psychedelic ground for the first time, a possible pointer as to where the Loveless brothers are heading next. For now, more of this type of thing please.