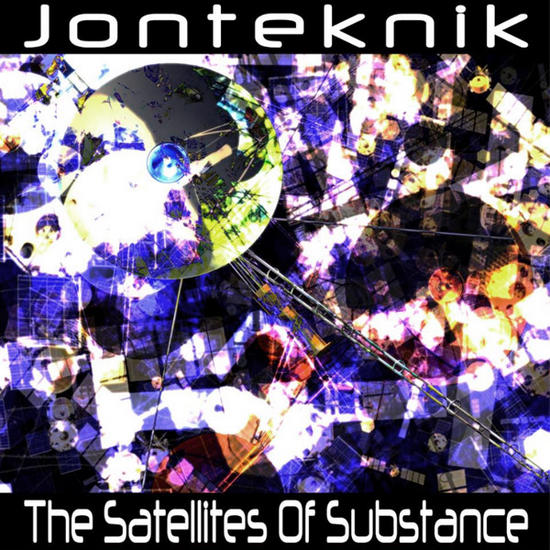 The Satellites Of Substance

Jonteknik is the project of UK synthpophead Jon Russell. In the past he worked with big names such as Claudia Brücken from Propaganda and Paul Humphreys from OMD to name but a few. I really loved his latest album Giants Under The Microscope, an instrumental minimal electropopmasterpiece, so I was very looking forward to The Satellites Of Substance, an album about communications and satellite technology.

My expectations were fulfilled, no bother.His new album is even better than Giants.This is without any doubt his best album so far.The first surprise for me was the use of vocoders on a few tracks.Relay,Broadcast ,People At An Exhibition etc.all minimal electropop tracks from the highest level.Of course you hear the spirit of Kraftwerk in these tracks,but they are far from being a rip off.Jon Russell gave them all a personal touch, it's his way of showing his respect to his heroes.

Most albums have a weak point here and there, something that's less interesting or so. But this album hasn't. You'll get 15 electropop beauties, 15 little masterpieces and this album will be for sure in my top 10 list of best albums of 2013.

It will be a real challenge for mister Russell to do better then this!