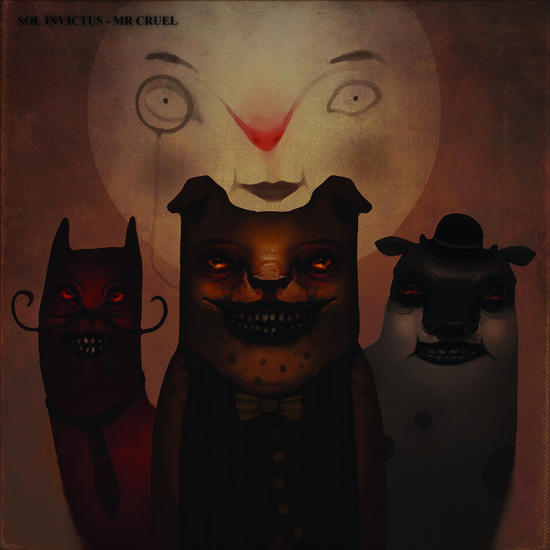 As a teaser for the new album by Sol Invictus (working title: "Once Upon A Time") due in 2014, Auerbach Tonträger releases the vinyl single "Mr Cruel". Tony Wakeford offers a combination of Weird Folk and Psychedelic with the familiar charm of Sol Invictus assisted by Don Anderson on guitars and Jason Walton behind the mixing desk, both courtesy of Agalloch.

I must say that if this is what to be expected we have something to look out! 'Mr. Cruel' is almost an instant classic Sol Invictus song. It's a very sensitive and acoustic song, nicely recorded. Love Tony's voice on it, just as the violin (at least I think it's a violin). This song seems to bewitch us, as if we have to listen to it endlessly and love it until we die. 'Like God' is a creepy song, giving you goose bumps. This song seems to put a Doom spell on us, it's as dark and as hellish as can be. The mood is set & seems like we know now very good what to expect!

Can't wait for more! I hope to see them back on stage and hopefully in the same setting as last year in Brussels!

30
11 THE JUGGERNAUTS
Letâ€™s leave the love dramas and (fake) feel good theme to pop music and the brain dead Tik-Tok generation.
28
11 MONSTERGOD
With their most recent release â€śOzymandiasâ€ť Monstergod prove that dark sounds and poetry may go hand in hand to reach the effect that is both mesmerizing and dynamic in the most excellent hard-hitting way.
29
10 PSY'AVIAH
Wanting to have everything under control is problematic, as is wanting to have nothing under control.
29
09 KEVORKIAN DEATH CYCLE
An interview with Kevorkian Death Cycle
28
09 SHE 1 - HIM 2
Interview with electronic duo, She 1 - Him 2