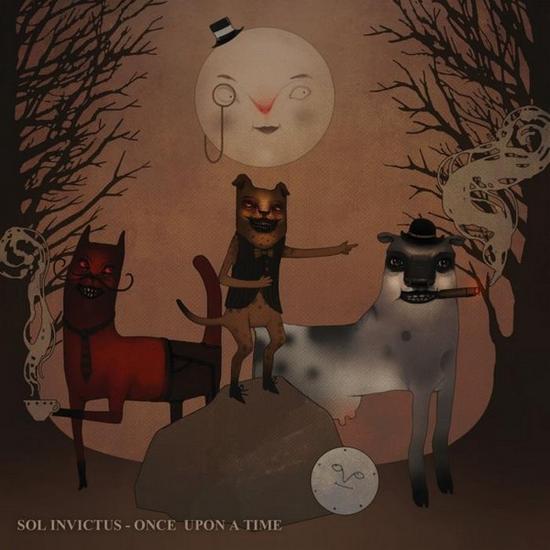 Once Upon A Time

The 18th album of Sol Invictus contains all the psychedelic dark folk we know so well from this band. The cynical sounding Tony Wakeford, mastermind of the band, is someone you (probably) love or hate. When he’s in lead of the vocals his voice is very unique and recognisable, but sometimes sounds a little tedious.

However, “Once Upon A Time” proves to be one of their better releases. Beautiful songs like the slightly bombastic semi-ballad ’The Devil’s Year’, the more folk oriented ’The Devil On Tuesday’ (with a heavy guitar part at the end), the strange (but great) ’Mr. Cruel’, the up-tempo song ’Our Father’, the rousing song ’War’, the typical Sol Invictus songs ’Once Upon A Time’ and ’The Path Less Travelled’ are examples of the high standard of this album.

“Once Upon A Time” contains several (short) instrumental tracks in which Sol Invictus show their seventies psychedelic rock influences. Normally these short intermezzos could disturb the atmosphere of an album, but Sol Invictus proves it’s possible to integrate it into the music and the feeling of the album. The production on this album is really superb (especially if you compare it to a lot of other dark folk bands).

Although Sol Invictus musically doesn’t surprise us much with new elements, the music proves to be of high quality and that’s the most important thing of music. Isn’t it?

20
04 NINO SABLE
I am not a friend of boxed content...
13
04 ECHO ROAD
'There was no easy way or any shortcut to be taken in terms of producing something truly representative of the human experience. We simply had to âjust do it'.'
06
04 MARROWVOLTAGE
There is always a strong, dominating motif behind any of our songs. A feeling, a powerful association. For example, the gravitational force of an abyss underneath you. The movement of mighty and elegant creatures in the
05
04 LACRIMOSA
There were times when I could hardly believe that I would ever be able to finish the album.
10
03 ADULT.
'We have worked and risked so much to make this tour happen, so pleeeeeease come get wild!!!'