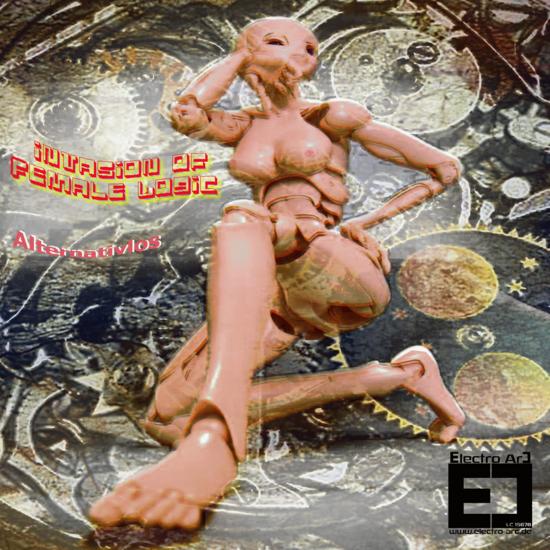 Again a band that I have never heard of. This time it's a female fronted EBM/electro band. It reminds me a bit of Mona Mur (I just got in the suggestion of Gudrun Gut and Zarah Leander). The first track sounds like a modern version of Kraftwerk. 'Big Fish' is very disco, reminds me a bit of the jokers from And One. The crazy drunken house party has started! The vocals could be a bit more energetic, but for the rest it's pretty okay. 'Our Monsters' (nice lyrics, great beats and succulent backings), 'Chains' (great beats, funny vibe), 'Face To Face (Feat. Hierophon: a great male versus women duet and warmly welcomed on this album, could be part of the new And One)', 'Shadow World' (the beats) and 'Soulsister' (nice electro/minimal wave, the intro sounds as if I have heard it before) are also great tracks on this album.

Worst track on the album is 'Two Kings Childs' as it sounds like out of tune and hearts my ears.

There is some cuteness in a German woman singing in English. For the rest: not bad, but up to the next review...