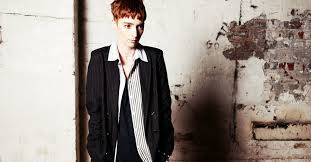 Bolstered by a Wrangler remix, this latest instalment of the LoneLady takeover is almost as limb-ticklingly good as previous single Groove It Out. Reactions to the Manchester performer's more minimal and groovy hip-funk have been justifiably positive and Bunkerpop doesn't disappoint. Maybe she's invented a new genre right here. Whatever, she's found her muse, her groove and her rhythm and looks set to be one to watch in 2015. Bunkerpop is a nipple-twister of a track.

Other reviews from LONELADY
LONELADY • Hinterland
LONELADY • Groove It Out