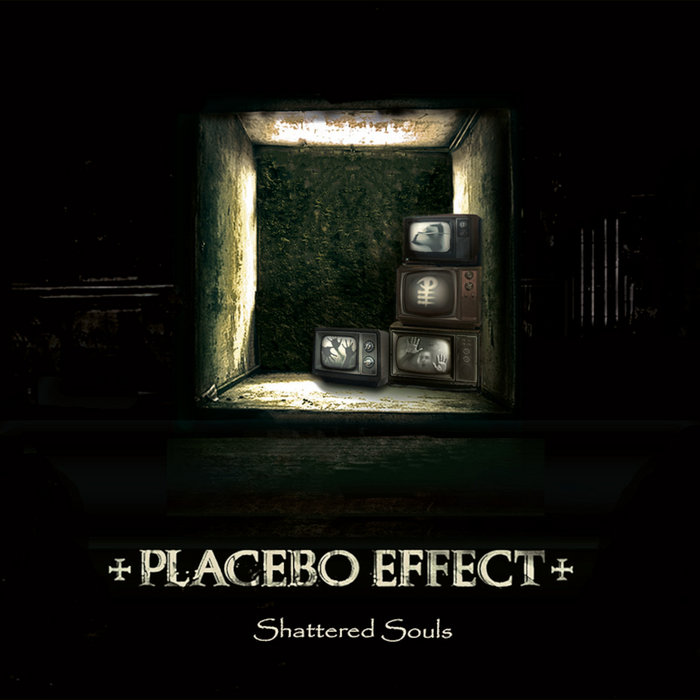 26 Years. That is how long we had to wait for new work from Placebo Effect, the legendary German dark electro band which was introduced in 1990 by the equally legendary Danse Macabre label. There were only a few people who thought it would still happen and, after band member Achim Windel passed away in 2016, hardly anyone still believed in it. But here we are. It is 2020, a disastrous year beyond imagination, and Placebo Effect (the original line-up, but now a duo) has returned with a brand-new album.

Anyone who is passionate about old-school electro and regularly attends gigs abroad knew that Axel Machens and Christoph Kunze were preparing their comeback. I myself have seen Placebo Effect live 4 times since 2014 and I have also often encountered Axel as a visitor at gigs of other dark electro artists. The PE shows are always a bit theatrical and creepy. The stage is filled with props, which are handled quite roughly (the giant teddy bear is notorious) and usually partly end up in the crowd. Depending on the venue, Axel himself also regularly jumps into the crowd. The last time I saw the band (Madrid, 2019), the show was so wild he scared the shit out of the locals. In short, the PE shows are always quite the experience.

The new tracks that have been presented live in the past few years are finally available in a studio version. It concerns 'Crystal White Snow', 'Slave' and 'Nothing To Cry'. In my opinion these are the most atypical tracks on the new album, since strictly speaking they are not dark electro. Granted, Placebo Effect has always flirted with other influences in their music, but I think these tracks are fundamentally different from the rest of the album. 'Crystal White Snow' sounds more "gothic" than electro in the absence of a real (electro) beat, whereas 'Slave' and 'Nothing To Cry' incorporate drums and guitars respectively. Personally, these tracks do not really appeal to me, or better to say: not as much as the others. However, from an objective point of view, they are definitely well-made, so I can see why they are almost always included in the band's set list.

The real dark electro tracks - if I may call them that - are however in the majority, so the old-school rivetheads do not need to worry. I expect that in particular 'Pain', 'Down On Your Knees' and 'Hard Work' will be appreciated by the fans because of their energetic and rather aggressive electro style (on a side note: 'Hard Work' is an old song that got an update; the original was released on the cassette 'Gargoyles' in 1990). 'Feed Your Creatures' is most likely a fan favorite as well, as it is reminiscent of Skinny Puppy. In my opinion 'Shattered Souls' and 'Evil Dead Trap' are the best dark electro tracks, with 'Shattered Souls' being my personal favorite. In spite of the minimal lyrics it is a highly atmospheric song with hypnotic synths and creepy vocal effects (the intro alone is breathtaking and will haunt you).

Finally, a few words about the (short) instrumentals on this album. 'Shattered Souls' may be my favorite dark electro track, but I am just as impressed by the rather "gothic" sounding instrumental 'D.E.S.T.R.U.C.T.I.O.N'. It is in compositions like these that the horror, which is inherent to the music of Placebo Effect (just think of the intro of their hit 'Galleries Of Pain'), is being highlighted. If you ask me this is the perfect soundtrack for the ongoing apocalypse. If you are looking for even creepier stuff I can recommend the instrumental 'V.O.I.C.E.S'. It does not get any scarier than this.

These guys were phenomenal in the early 90s. 30 Years later they still are. Spend lockdown 2.0 in a meaningful manner and buy the new Placebo Effect. You will be blown away.