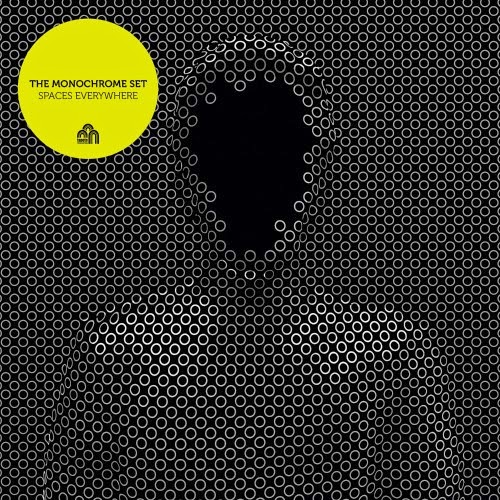 Formed in 1978, Bid and the gang have been perplexing and delighting in equal measure for the best part of three decades. What is more perplexing than their lyrical achievements is complete indifference from the media - just what do The Monochrome Set have to do to get more than just a little critical appraisal? Well they could do way worse than Spaces Everywhere because, by crikey, they've made a peach of an album for Germany's Tapete imprint.

Future single Iceman is a cracking start - intricate bluesy guitar riffing offsets Bid's vaguely socio-political commentary rather well, a combination that will no doubt work a treat when played live. Fantasy Creatures is rather more languid until the foot-tapping chorus kicks in and turns the song on its head, before the rockier Avenue rears its proggy head with some rather crazy organ twiddling going on. Fans of the band will be heartened to know you're facing the prospect of indulging in an album that's the equal of their earliest work - one listen of the sashaying Rain Check will confirm this.