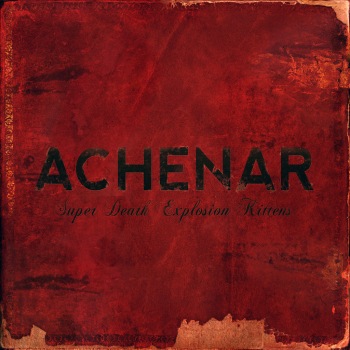 If a band tends to be influenced by the likes of Ulver, Converge, Fantômas or Meshuggah then you know that you will be faced to something rather bonkers, maybe even verging on the brutal.

According to the band, their sound has grown by taking out all the cues from technical metal bands in where all notions of classic structure are gone.

You shouldn't even expect a single melody from this Scottish band that consists of only one member, Duncan Hemmingway, as there simply isn't one.

This is the type of guy who does what he wants to do and doesn't like genre-restrictions and the result is an instrumental noisy melting-pot in where anger meets madness.

A short piece it is, and lots of people will turn off this avant-garde metalstuff immediately for being too extreme. Some will even categorize this under the denominator of useless noise, and they might be right but then again such music can boggle your mind as well?

"Super death explosion kittens" sounds what is : insane noise that is made to be played loud.