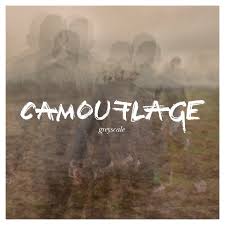 I have a sneaking suspicion that Camouflage have been cocking an ear in the direction of Depeche Mode's more-recent period if Greyscale is anything to do by. With typically Teutonic precision, the German synth-wave trio have nailed retro pop down to a tee on tracks like Shine (which sounds like '90s-era Third Mind/Play It Again Sam summarized in four minutes), while In The Cloud adopts a more mournful tone that befits more recent Nine Inch Nails (minus the angst) releases. Or perhaps, that last Maps album. Or indeed, Depeche Mode's Exciter album. Not that there's much wrong with all this homage - much of Greyscale is pleasant and presentable dressed up in anthemic synth hooks and pulsating basslines. And don't forget that Camouflage have been knocking around for a good few years so lazily levelling comparisons with moody darkwave should stop. That is until you hear the track Still, drenched in sad-face strings and emotional lyrics. This fine song is in total contrast to the rather irksome Misery which is probably the most 'up' on the album.