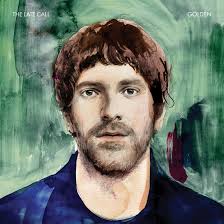 Johannes Mayer sounds very much like a songwriter's songwriter who probably won't break the mould anytime soon yet follows in the footsteps of many understated folk-pop troubadours. Here he's joined by a full band who colour in the outlines and smooth over the cracks, creating warming ditties like Carry, Ghost World and Pickpocket, pausing occasionally to kick back with some milder acoustic pop such as the reflective Come Alive. As the album progresses through similar territory, it's hard to figure out just how many people will buy into The Late Call - there's an overkill situation, currently, with downtrodden melodic bedroom songs everywhere, though admittedly many are way less appealing then the first half of Golden.