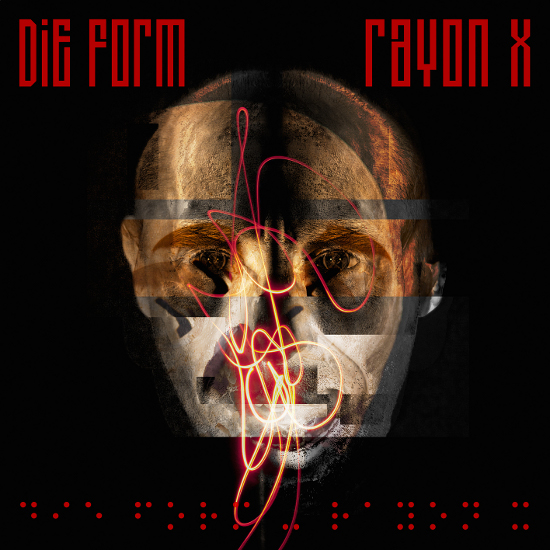 Rayon X, the new album by the French multimedia-fetish-art-project Die Form is out!

Sound-wizard Philippe Fichot and singer Éliane P. take us once again on a journey into the dark and mystic abyss of the human brain. The album kicks off with the very danceable Black Leather Gloves: a straight forward 4/4 beat with dark analogue-like sequences. The combination of Philiphe's dark hissing voice and Elian's opera-ish chanting of the chorus Black leather gloves on your nude body still seems to work very well indeed.

Schaulust (German for voyeurism/sensation seeking) was perviously released as the preceding single for this album and already made it clear Die Form went back to their less experimental but more melodic and danceable style. I'm sure we will hear tracks like ReBirth/ReDeath (Ich Bin Tot) and the in their native language sung La 7ème Face Du Dé on the better underground parties in the next years. And even if a song like Politik might also appeal also to the slightly younger Suicide Commando/Hellectro generation, songs like for instance Mecanomania(c), Amnesia (Amnesium), and Mon Amour 2 ⚤ should sound Die Form enough to please and convince their fans.

After listening to this album a couple of times I would dare to say this could well be is one of Die Forms's the most accessible & danceable albums up to date. Vinyl freaks will love to hear that this album is also available on red transparent vinyl!