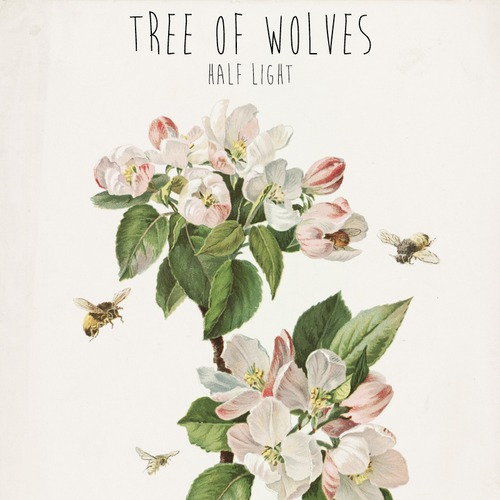 With their debut release "Icy Water" having been produced by John Lawrence of Gorky's Zygotic Mynci fame and being chosen as part of the Western Mail Top welsh singles of 2013, Tree Of Wolves got off to a great start. Receiving airplay on BBC Radio 1, 6 Music, Radio Wales, Radio Cymru, Nation Radio and
Amazing Radio.

Now with ex-Adelines drummer Ray Thomas on board, they have spent the last few months working on a whole host of new material. They return with their poppiest single to date ’Half Light’ a song awash with the wonder of youthful summer yet tinged with the melancholy of hearts once entwined now lost to the inevitable passing of the seasons. Taking influence from the shimmer of the Cocteau Twins and the leftfield pop instincts of Saint Etienne and Stereolab, Tree Of Wolves are playing with a broader palette of colour on ‘Half Light’.

It's indeed a very poppy and happy sound. You can feel it's spring, or at least that is the feeling I have. The voice sounds very known to me (a bit like Dido) and it's the kind I really love to hear. The backings are also well recorded! I hope to hear more of them! Thumbs up!