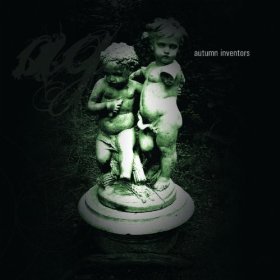 Last year I came across one of the most beautiful things I have ever heard in my life, namely an EP named "Stonethrower" by a band called Andreas Gross.

Not the most known act ever, I agree, but still a band that has made 7 albums so far from which 3 on the Echozone-label.

Andreas Gross might be the brain of this band but it is the guest musicians Tabitha Anders, Swenja Schneider and Jannika Schneider who steal the show.

Especially Tabitha's voice belongs to one of the most beautiful heavenly voices I have ever heard. When I interviewed Andreas once, he told me that his music is like marzipan: you love it or it'll make you puke immediately.

How great those words might be, I actually disagree as I can't imagine there is one human being on this planet that won't fall on his knees for this neoclassical dark wave-pearl.

The genius trick from this band is that they actually write tunes you can whistle along but musically they're balancing between typical dark wave from the Projekt-stable and shoegaze stuff from Slowdive.

On this new album you can find two tracks which also were on "Stonethrower EP" (including the magnificent Vini Reilly-esque "At the edge") and four extra live songs.

Genius album from a genius band.