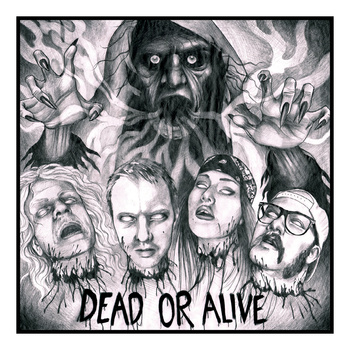 Another discovery, this time it sounds like Janis Joplin goes Metal wti some Iron Maiden influences and some hard rock influences from the 80's. Great studioproduction!

Beast brings rather short songs, filled with energy. The first songs starts softly but burst afterwards and get a big guitar and drums orientated boost. This one could be from The Guano Apes. No show, but straight forwarded speeded up metal with a hell of a women singing. I can hear some talent here! 'Dead or Alive' is nothing more than a huge bomb! Love the retro sound of the guitars, fingerlicking good! 'Cold breeze' is a bit less agressive, but still unforgettable. Great drums and guitars on fire! 'Outracin' hell' says enough about the speed & the rythm of the song. Need for speed could have been the perfect one to use this song in the right context or maybe Sons of Anarchy? Everything is nicely belnding in, great studiowork, again! 'Across the ocean', 'Night lust' & 'Bad habits' rock, with some influences from The Stooges: rocking, wet and nasty! 'Nightmare' is heavy & loud, just wat a lot of people love! There is a nice solo in the middle of the song and love the staggering guitars! The last song 'Out of reach' is also a beauty: great retro sound, roaring guitars, yelling and screaming as if it was the end of the world.

After nearly 30 minutes comes and end to all this violence. I regret it, could be more. However i miss a bit more variation (a ballad for ex, but that would be too much of a classic idea), so I keep that one for the next, right?

Listen and pre-order on Bandcamp