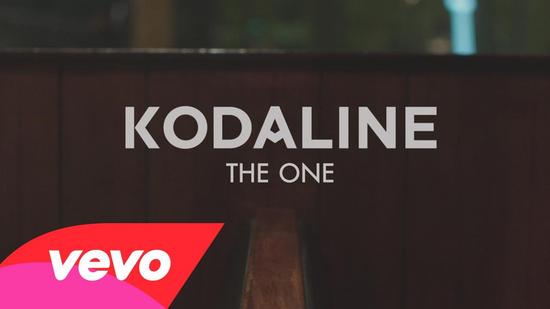 The kind of music that will delight fans of Keane, Snow Patrol or Coldplay's more easy-listening endeavours, The One has been hand-reared for playback during the next time England lose at the World Cup finals or someone walks out of some sucker's life on a TV drama. Maybe in Doctors, when the slightly unhinged younger doctor gets caught taking a crap on the practice manager's scanner and attempts to recreate a Kirlian-style image by sitting on its lid. Then gets fired. That moment when he looks back at the camera. Yeah, that moment. The One is the soundtrack to closure. Basically soft-rock with a glint in the eye.