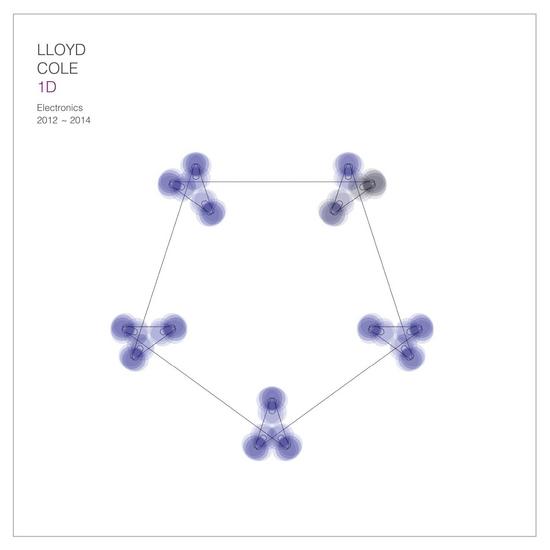 For a certain generation, Lloyd Cole the songwriter led his Commotions through a brief lucrative spell in the '80s that spawned classic singles and albums such as Perfect Skin and Rattlesnakes, Lost Weekend and Easy Pieces and From The Hip and Mainstream.

But times have changed since Cole jettisoned his band for a solo career with varied results (five Top 75 albums including 2013's excellent Standards isn't half bad, mind) - he's recently deviated from the restrictions of pop to devote his attention to otherworldly electronica. 2013 saw the acclaimed collaborative release Selective Studies Vol 1 with the legendary Hans-Joachim Roedelius, a project that garnered many favourable reviews and rightly so.

Not surprisingly, both Roedelius and Cole stock-piled dozens more instrumental pieces that have, so far, remain unissued - until now. 1D is largely a compilation of electronically generated Cole works that ebb and flow, undulate and pulsate, all slowly unravelling without the use of a keyboard, just mere program manipulations by the man himself.

The last few passages on the album veer away from the 'slight pieces' that form the basis of much of the music - more intense sweeping modulations accompany The Bund while the closing Strands resembles underwater shoals in rock pools changing direction at random. The real centrepiece though is the epic Slight Orchestra, a beautiful nine-minute odyssey that is captivating and compelling, if only due to its gradual build-up into something quite magical. If the intention was to create something as stunning as Eno, Moebius or, indeed, Roedelius, Lloyd Cole has done it in spades.