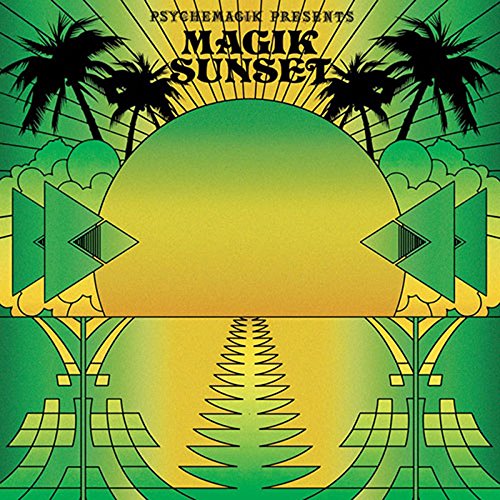 Want a compilation of spaced-out funky rock and roll? Then you've come to the right discs. This second volume of weirdy, mainly instrumental, contemporary psychedelia outperforms its predecessor from the get-go with a rare-as-hen's-teeth epic from Onedin Line composer John Keating who weighs in with the trippy In Search Of Atlantis, followed by the motorik slow-dance of Mondgesight by Orchester Ambros Seelos and Young Freedom by Bilitis composer Francis Lai.

The latter sounds for all the world like the source for Daft Punk and Nile Rodgers' Lose Yourself To Dance, while Zeit by underground German electro artist Glenn (surname Robles) belies its thirty-odd years of age. Most of the tracks on here have been sourced from rare albums or unreleased recordings from the '70s and '80s and stay the right line of throwaway cheese and hip must-haves. Jack Adkins' Sunset Beach sounds like a Grand Theft Auto radio outtake while Frederic Castel's Open Up wouldn't sound amiss on a Steely Dan or Christopher Cross album.

Psychemagik's reputation for digging deep is strengthened with the inclusion of bizarre 1979 12" b-side Cry of the Lone Wolf by The Electric Connection, issued in Japan on Casablanca. Nope, me neither - top tune though. How about The Primates' obscure 12" King Kong which in its original form fetches three-figure sums? Here it is, for less than a fifth of the price. Tony Sinclair Orchestra have only previously bothered DJs around northern Europe with the irksome Gypsy Strings, so the innocuously entitled Walkin' Through The Night from the same 1979 album comes as a considerable surprise.

There are two CDs in the package, one mixed by Psychemagik and the other (preferable) disc comes unmixed with full versions. The surprise summer mixtape of the year!