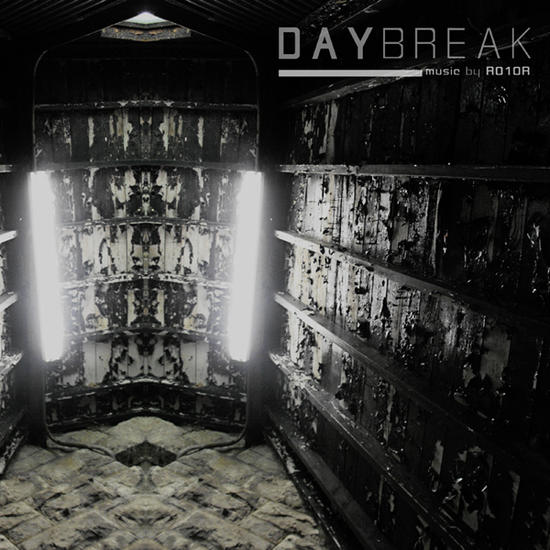 R010R is the electro EBM-project of Michael Renfield who has been previously in bands like Lux Occulta and Noise Process. Currently he is working with Basic Unit Productions in Germany: yes the label from Daniel Myer himself...!

The "Daybreak" single is fairly slow electro industrial song with vintage metallic beats and lyrics that sound very much like Marilyn Manson. Strangely "Prisoner" is by far the darker and better song. Neither one are up tempo but the later does have more convincing lyrics. Since Daniel Myer produced both songs, they sound as crisp and deep as you would expect from him. Perfectly balanced as well, there's earcandy but he never places this above the main structure of the song.

Different is the 8 minute remix by Brain Leisure. Those French EBM oldtimers stretch the song with some nice keyboard making the song more dramatic. A nice comeback, especially as we have not heard from Michael since 2008.