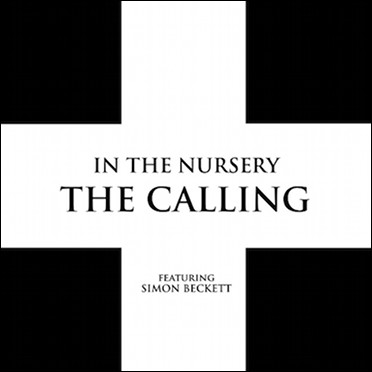 After stand alone albums and soundtracks, In The Nursery now dig deep for a new approach. The Calling is a thematic soundtrack inspired by, and to accompany, the Hunter series of books by international bestselling writer Simon Beckett. It sounds like something unique, but I do wonder how you can truly concentrate reading a book while listening to music at the same time. If you're an avid fan of Beckett's books, then you can probably listen to tihs album and drift away in his David Hunter novels.

Strangely, the song "3 AM" does remind me of Access To Arasaka's album "Orbitus" and that's loosely based on the Takeshi Kovacs novels by Richard K. Morgan... The three "Tenure" parts are surprising in the way that they are build around guitar feedback like postrockers Mogwai. I'm not sure if I like that though, here it feels awkward and unfitting.

Most other songs follow the regular ITN setup. You know, spacious and lush classical pieces, with hints of industrial. A few songs are accompanied by Simon Beckett himself, narrating parts of his stories and so making the connection with the atmosphere from the music. To a degree this works but I think a band like Coil did a far better job creating dark atmospheres, such as the song "The Golden Section" with Paul Vaughan as narrator.

Overall a fairly good album, but it could have been so much more.