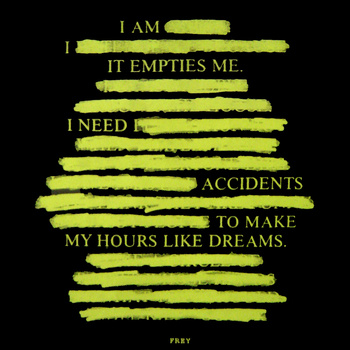 Some voices grab you from the very first moments and that's what Mäd Mandy did. Along with Lasse Løberg she forms a band named Silent Enjoyment.

This single features two tracks which are available as a free download, and believe us you should…This single is the following up from their acclaimed debut From Tulsa to Des Moines. Described as the nod your head makes while your mind wanders through deep German forests and wide Norwegian fjords, we can only agree they're right. It’s a sort of bizarre (but excellent) mixture from the icecold electronics by Belcanto and the crazy sounds from say Boards Of Canada or The Knife. Hmmmm, actually that good yes!

This magnificent single can be downloaded here for free.

Here comes Silent Enjoyment's sophomore EP after their acclaimed debut "From Tulsa to Des Moines" from 2012. A second round of nordic guitars, lush atmospheres and dope beats. Another cozy pair of tracks that will make your head nod while your mind wanders through deep German forests and wide Norwegian fjords. Superb stuff. credits released 01 December 2013 Music: Mðd Mandy+Lasse L½berg Vocals: Mðd M Belcanto/Boards Of Canada ethereal pop Silent Enjoyment is Mðd Mandy and Lasse L½berg from Cologne. They combine the convenience of scandinavian popmusic with the dopeness of instrumental hip hop, adding some of the compressed techno sounds from their hometown Cologn

18
05 PUSSY RIOT
Unfortunately, everyone only understood what Putin is like when he started a war in Ukraine.
18
05 HAGAR THE WOMB
Now we know the audience will help us out when we forget the lyrics.
18
05 HETZE
We all work with homeless people on a daily basis and we try to be actively involved in their struggle.
20
04 NINO SABLE
I am not a friend of boxed content...
13
04 ECHO ROAD
'There was no easy way or any shortcut to be taken in terms of producing something truly representative of the human experience. We simply had to ãjust do it'.'