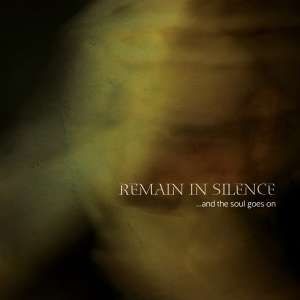 Does anyone remember Remain In Silence? Of course it helps if you are a specialist in dark wave, because this band was already founded in 1983 (yes!) by Buchwald and Gimpel. With albums like Seven Rooms and Monument, Remain In Silence was one of the pioneers of the German dark wave scene.

Everything was going well until the third record. When This Is The Place Where Resistance Got Lost was released, the record label (Bad Records) had financial problems. The band officially never split up, but only played at rare occasions, and in the end the duo fell into oblivion.

Until two years ago, when Dead Wax Records rediscovered their old releases, which got the band again some attention by old, but especially new fans. After a Spanish tour, the two German musicians decided to re-enter the studio, and the result can be heard on this fourth album.

Of course it has something to do with the deep voice of Gimpel, but Remain In Silence reminds me often of Deine Lakaien. You recognize the same drama, but it never sounds pompous.

... And The Soul Goes On is a record that needs some spins. What you do not hear the first time, lingers in your head after a few listens. It is not all that innovative (though this dark wave has a contemporary style), but anyone who loves bands like In My Rosary or Silke Bischoff, certainly will be happy with this one.