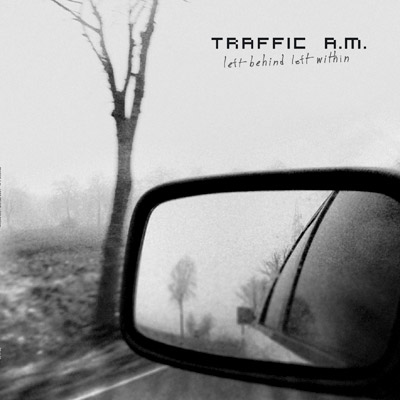 Left Behind Left Within

A duo, Michael Kissing and Stefan Gonser met 2007 and this resulted in Traffic A.M. in 2009. Two years ago they had their debut album "Al beautiful Sight" released on Plastic Frog Records. And they moved to Seja Records, a small but cute label from the Netherlands.

The 300 copies only vinyl clocks at just under 40 minutes and provides you with a mix of all the style's that made the 80's so cool, cold wave and minimal synthpop. "Time" has got a few Curesque guitars and "Change" is very similar to a certain Siouxsie song... love the bass! They put minimal electronics a bit more on the foreground though, but they are not like Martial Canterel or Sixth June! It's a mix of these so you might think this is going to be the album of the year!

"Sudden Crash" is a lot darker, his vocals are more convincing and now I could compare his sound with Epee Du Bois... One of the best songs, especially with the vicious bite in his vocals. The same goes for the beat driven electro song "Subway Story". Too bad he sound like Dave Gahan with the flu on most other songs... very bland and one dimensional.

The last song is also quite alright, again electro with some very nice melodies. Too bad about the fuzz in the song, that's just one style too many...

A bit unconvincing, but certainly worth checking out!