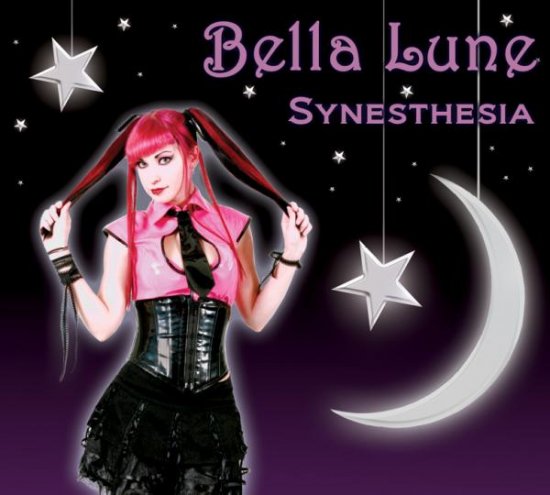 If you see the cover of this release you really don't know what to think? For a moment you tend to think you'll hear something similar to Emilie Autumn. Is it the image or just our stupid prejudice, who knows?
One thing's for sure though: once you hear one note you fall deeply in love, at least if you're into synthetic darkwave. They describe themselves as a mixture of synthpop, darkwave and dreampop and they're right as you hear as much Slowdive in here as Black Tape For A Blue Girl.
This band from Phoenix, Arizona was founded in the middle of this decade and it was clear from the start that the core existed in Fuchsia's heavenly voice.
After having released their debut "Abstracted Visions", they shared stages with bands like Lycia and Ayria, but also big players like Nitzer Ebb and Peter Murphy.
Anyway, "Synesthesia" is their second album. Despite its weird title (you expect them to be a Depeche Mode-clones with this) you hear 4-AD inspired darkwave.
There are fourteen tracks on here and they all have one thing in common: they're beautiful and in a world like this, that's sometimes all we need.