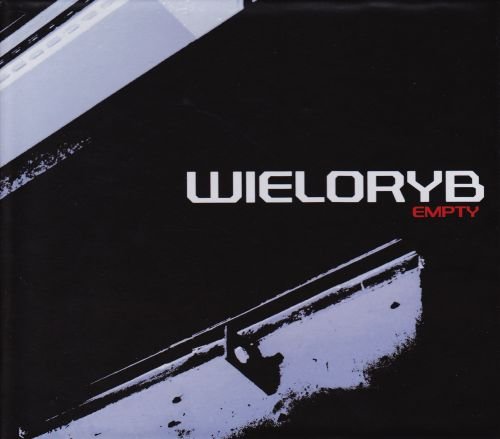 What about some bouncing noisy beats?
Well, it depends who you are of course, as recently I witnessed their labelmates Winterkälte performing in Germany and despite their success, many people were left with a look asking, "Is that music?"
You see, just like them Wieloryb are what we can describe as an extreme indusnoise-band.
Over here, this Polish duo fronted by Myroslaw Matyasik and Pawel Kmiecik, are still unknown territory but in their homeland they already released some CDR's.
The very fine Hands who is always on the run for new indus-talent gave this duo a chance to let 'em record their first proper release, which is of course delivered in the typical (magnificent) Hands-style.
What you get here are distorted beats, samples, a whole wide range and some strange vocals.
Collegue Chris compared them with Esplendor Geometrico and that's a comparison that makes more than enough sense as just with them, you're thrown in some noisy pool where the rhythm controls the body.
The best tracks though were "Muba" and "Shiva" where the noise got interrupted by ethnic vocals.
The fifteen songs on here (yeah, for some this might be a real torture) don't contain melodies or classic strong structures. This is (almost) all about noise, but not noise for noise's sake, just let yourself go and you can dance.