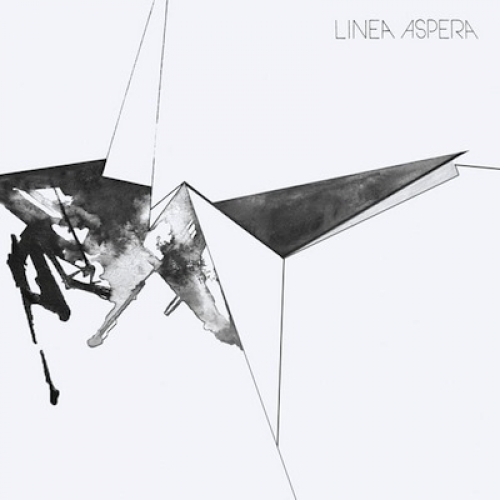 I agree I’m quite late in reviewing (or actually discovering) this album as the band already split up. But, who cares about that? At the end of the day music is an eternal gift. Especially if it’s made by creators of gorgeous minimal synthpop. They named themselves after the muscle attachment on the back of the femur.

Linea Aspera are (or better were) Alison Lewis and Ryan Ambridge. The duo were back then the talk of the day amongst various synthpop fans and once you heard one single track you know why. They’re the ultimate mix of Sixth June and Martial Canterel. Dark Entries Records immediately got interested in the music of this duo from London. The rest is a bit history as they say, as soon after their debut (and sadly enough sole one) got released.

The eight tracks featured on this album are perfect pop pearls. Sexy vocals added with excellent synths that have a very high 80’s-feel. Music that’s made for making you both happy and melancholic.

Those who were happy to have attended the Grauzone festival in Holland saw their last gig ever. Colleague Philippe was there too and he even interviewed Alison. Read the interview and click then on the clips as you could fall in love…even though it might be a bit late!