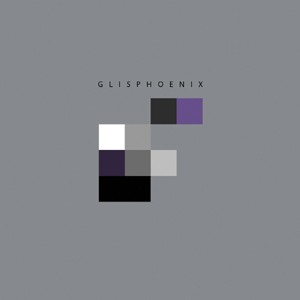 If you don’t count his remixalbum it’s been eight years since we heard something from Glis (aka Shaun Frandsen) whose album Nemesis was a hit and featured a collaboration with Jean-Luc De Meyer from Front 242. Lots of people thought that Glis would make one album after the other, but the man went through a very nostalgic period in where he was grabbing the records that created his musical past. The result is Phoenix, an album which Shaun describes as an ode for those who have inspired him the most without hiding his heart at all.

We usually don’t like the promotional writings that are telling us how to deal with an album, but this time it’s different. The music is so varied (and probably too varied) that Phoenix indeed sounds like an ode. The opener Apocalypse Parties puts us on the wrong track as you tend to think that you’re listening to an other futurepopband, but that’s definitely not the case.

On tracks like Keep The Memory and Coldheart Tempo, Glis is making a tribute to the Bowie-albums that have been produced by Eno. There’s even space for some ethereal wavepop when the female singer Lauren Krothe takes the vocals. Insomniac is a modern dancetune, while other tracks are more post-punk (and yes, we have to use once again Joy Division as the reference).

The biggest problem with Phoenix is that the album sounds a bit too much as a disoriented jukebox. It’s a very varied, but at the same time you feel that certainly styles are not fitting on one album. It’s definitely an album for musiclovers with an open mind. Worth your attention, but you better hear several tracks before buying it.

There is a deluxe carton box available in where there’s a bonus disc with some exclusive tracks.